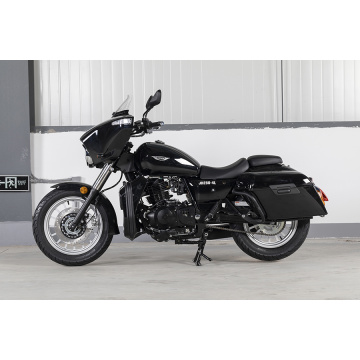 During the First World War, motorbike production was greatly ramped up for the war effort to supply effective communications with front line troops. Messengers on horses were replaced with despatch riders on motorcycles carrying messages, performing reconnaissance and acting as a military police. American company Harley-Davidson was devoting over 50% of its factory output toward military contract by the end of the war. The British company Triumph Motorcycles sold more than 30,000 of its Triumph Type H model to allied forces during the war. With the rear wheel driven by a belt, the Model H was fitted with a 499 cc (30.5 cu in) air-cooled four-stroke single-cylinder engine. It was also the first Triumph without pedals

This is the Cruiser 250cc, a classic “American”motorcycle born to give you the best and powerful look while riding in the long distance. The design is at its best displaying long horizontal, classic lines from the dream machine of the USA. The round shaped fuel tank is ready to provide long range riding session thanks to its exceptional 20 lit capacity. The wide and distinctive front cowl, superbly designed, will protect the rider against winds and elements, thus giving top riding comfort. The suspension system provides a conventional front fork but duly“boxed” in full American style, while the rear monoshock linked to its swingarm makes the final perfect combination. The seat is comfortably designed and separate in two units to provide best comfort, confirmed by a conveniently rider’s seat height set at 700mm, to favour the best control of this massive bike. Beautifully designed in cast alloy thin spokes the front and rear wheels of big dimensions. Safe braking is granted by a double disc (front and rear) system including ABS. The overall volume is important indeed, thanks to the standard two side containers and the top box, in perfect style and function with the cruising attitude of this bike. Top equipment for a superbike ! The 25occ EFI 4-stroke oil-cooled engine gives the right power to secure smooth rides at low, cruising speed in the long straigthways of the city, perfect to make the show! Wherever you are and live, this Cruiser 250cc is the coolest bike to make you feel great riding in “cool and ease”. 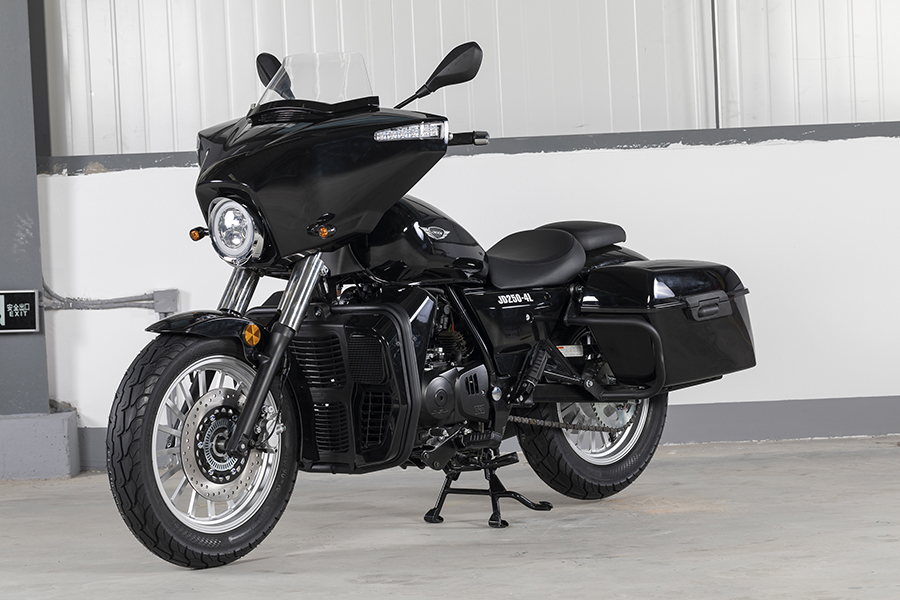 JINAN MAXVIEW INDUSTRIAL CO.,LTD.
FOCUS ON MOTORCYCLE AND ELECTRICAL CAR FOR OVERSEAS MARKET, OUR EXPERT TEAM WORKING ON THIS FIELD MORE THAN 20 YEARS

Maxview Industrial ,as a trade company, we have the expert team ,keep Good relationship with most of the motorcycle and components manufacture.

we could be a professional agency team
If you want to look for some kinds of motorcycle product,we could be your best assistant in china.
Help you find best resources in China with competitive price and suitable production.

Email to this supplier